Wood for Sale at Moldrams LNR

The rangers have been at Moldrams Ground LNR today strimming the paths and moving logs. There is now a big pile of logs near the bottom gate that are for sale. They are not seasoned, cut or split but they are cheap! Approx £20 for a normal car boot load. All proceeds go back into the maintenance budget for Moldrams. If you are interested please contact the rangers by calling 01935 462462 and ask for Rachael Whaites in countryside

Once again, the Jumble Sale raised a really great sum, £473, which will help keep our churchyard looking so good, badgers permitting. Very many thanks to those who helped make the event today such a success and to all those who came and supported it so well.

The deadline for contributions for the June issue of the Pen Paper is 20th May. Contributions are welcome before then to Cliff Clark.

Latest issue of The Hart - the AONB newsletter

I attended a Barn Owl box monitoring workshop with Chris Sperring from Somerset Wildlife Trust (SWT) and the British Trust for Ornithology (BTO) on Saturday 13th April.  I would like to share some of the information I gained from attending this workshop and also tell you how you get can get involved with monitoring your community Barn Owl box. 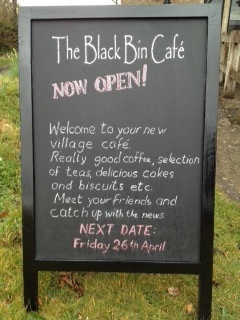 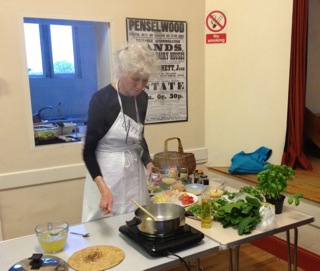 We had a great evening on 11th April with Terry Farris giving us a Masterclass in cooking vegetables in unusual ways. On the menu were:

If you haven't been down Coombe Street recently, you will notice a change. The railings at the top of the Coombe have been completely renovated by the Parish Council.… This morning I walked my dogs through the village, between Underhill and Long Lane I picked up over 30 bottles which were strewn along the roadside.  I appreciate that some may have been blown out of the recycling  vehicle but not all and especially not along Long Lane.

I have lived in the village for nearly four years and I have noticed that the litter problem is getting worse.  Litter I know is a problem everywhere but Pen Selwood is our bit of England let us all try and keep it…

We had a very successful dog friendly walk on Saturday 5th April - a good length (1.5 hours) and a good route; here are the happy walkers back at the church.

It was a cold but sunny day when a large group from the village had a Walk and Talk around Moldram's Ground given by Rachael Whaites, the Countryside Ranger.  We learned about the endangered species seen there - dormice, barn owls, greater crested newts and slow worms. 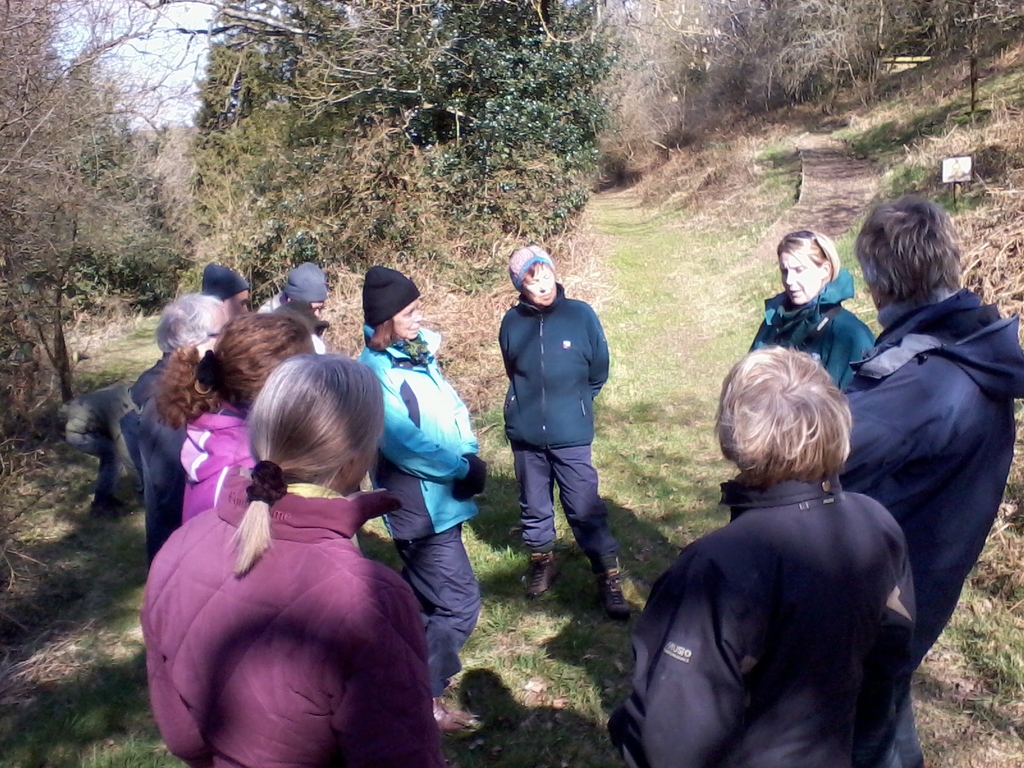 We left with a much greater understanding of the nature on our own doorstep.…

Vacancy on the Parish Council.

A vacancy has occurred on the Parish Council. Please see the public notice here.

Thank you all very much for supporting Another Music Quiz on Saturday.
Judging by the noise level, heckling, singing and bar sales it seemed most people had a good time.
Congratulations to the Super Troupers on winning and many thanks to Kevin for putting together such a great quiz.
…
Continue

On Tuesday (tomorrow) from 10 am, Rachael Whaites and her team from SSDC will be doing some work at Moldram's Ground and would appreciate some help from us. The plan is to clear some brash down by the lower pond and also to level up the approach to the bird hide. …

Uncle Tom's Cabin in Wincanton is reopening soon as a traditional cider house.

Refuse and Recycling dates at Easter

If you don't already have a ticket then you won't get in. It is a sell out. Buy early for next film -Skyfall