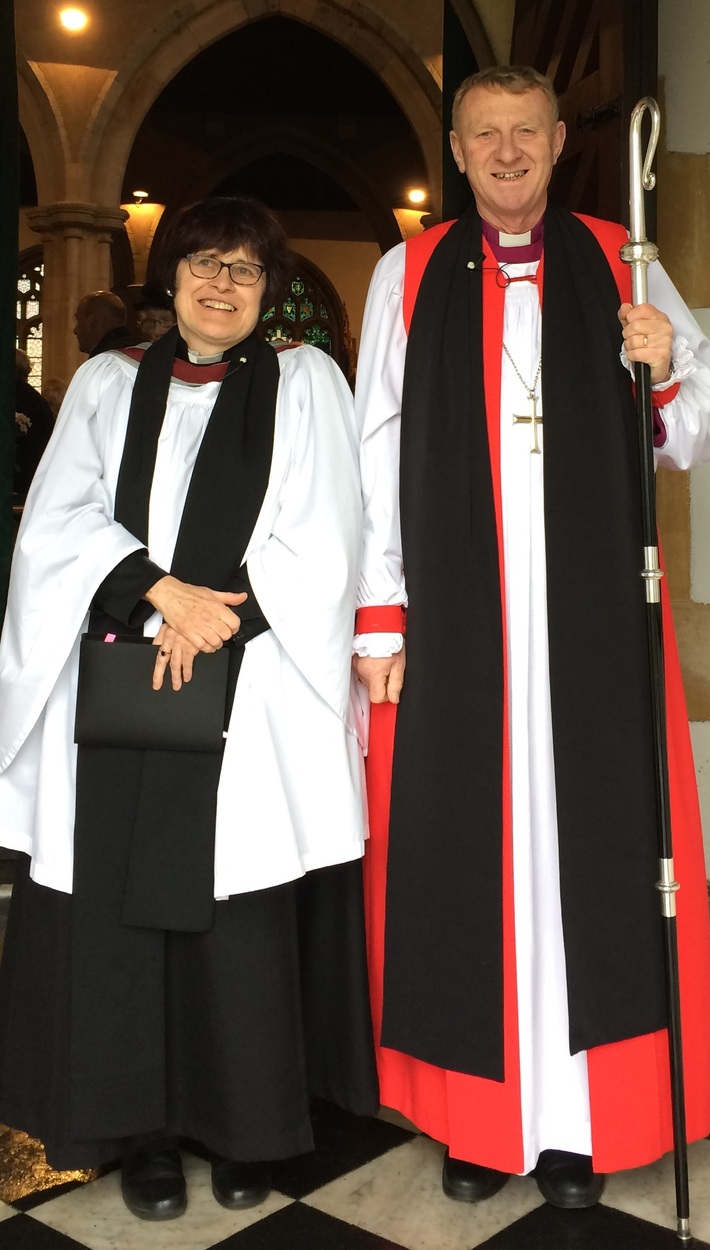 As we enter our third lockdown, the Parish Church of St Michael's, Pen Selwood will be open for private prayer on Sundays between 10am and 3pm in line with National Guidance and restrictions concerning COVID 19. Face coverings need to be worn whilst we are inside the building, and the guidance from the Government requires   ‘...where places of worship remain open, you must not socialise with people from outside of your household or support bubble while you are there’. With a heavy heart, the Parochial Church Council has agreed to cease Sunday services until further notice. Everyone’s safety must be our priority in these very strange times.

Worship materials and newsletters are being distributed via the internet (every week) or by post (every two weeks). If you would like to receive these please email office@wincantonparishchurch.co.uk to be added to the mailing list or ring one of the numbers below to get the posted version. Weekly videos and written reflections are available at www.wincantonparishchurch.co.uk and the reflection videos are also available in our facebook group - Wincanton and Pen Selwood CofE Churches.

Our Rector is also the Rector of Wincanton Parish Church; (St Peter and St Paul's), and The Reverend Alison Way was licensed to the parishes in February 2020. Alison lives in Wincanton – please do get in touch with her via the parish office 01963 824503 or home 01963 33151 or mobile 07515 958988 or via email: rector@wincantonparishchurch.co.uk – at the moment the parish office phone is redirected to the Rectory. Alison was ordained in 2004, and has worked previously ministered in Basingstoke, North Wiltshire, and Surrey. Alison is continuing to get to know her new village community - and looking forward to the day when she can visit the 'Black Bin' café!

It has been said that churches on the highest points in Somerset are dedicated to St Michael and All Angels, an idea which would have commanded itself to the simple Christians of Norman times. Certainly our comely little church bears the Archangel's name as it sits high on a spur of the Upper Greensand, looking across to the Blackmore Vale to the South and to the hills of Camelot and to Glastonbury to the West. 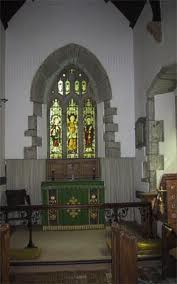 Like most of the churches of Somerset it has a tower but no steeple and is stoutly built of stone, including some of the Greensand dug out of the thousands of open pits for which Pen is famous. Sir Nicholas Pevsner in 'Churches of North Somerset and Bristol' says that the style is mainly Perpendicular. The roofing is of stone slabs, not Greensand. Greensand is a freestone and cannot be split into suitable thin sheets.

The tower is embattled and carries a rough weatherworn head at each corner and strong buttresses on either side of the West door. There is a large porch over the South entrance and above the outer door is a niche containing a sculpture (c. 1400) of the Virgin and two kneeling figures was brought from Italy by Rev Samuel Marindin during his incumbency (1841- 52).

Inside the porch are stone benches, one on either side, that on the left carrying a slab inscribed with the name of J.Matthews and dated 1795. Around the South door itself is a characteristic Norman zig-zag carving whilst on the lintel is carved a lamb in a circle flanked by a lion and lioness. At the corners are the crowned heads of two kings as yet unidentified but believed by some to be King Alfred and King Guthrun. The early antiquaries regarded this feature as Saxon but later expert opinion is that it dates from Norman times only. The Tympanum above is bare.

Formerly there was a Standing Cross in the Churchyard but this disappeared during the rebuilding of 1805.

It is believed that circa 1450 the Tower, Chancel and possibly the Nave, were rebuilt. Like many other churches, large and small, ours suffered extensive renovation in the last century. In 1805 the sidewalls of the Nave were pulled down and rebuilt 4 feet higher and in 1848-9 a new North Aisle and Vestry were added. There was some local indignation after the 1805 rebuilding when it became known that gravestones and walling stone from the Nave had been used to build a wall at Pear Ash, a pigsty in Marsh and a W.C. at Forest Lodge.

In the tower are 6 bells. The tenor, from the redundant church at St Mary, Charlynch, near Bridgwater, and a new treble were added in 1985 when Robert Parker of Hambridge rehung the bells in steel frames. The Bishop of Taunton dedicated the completed work on 18 October 1985. 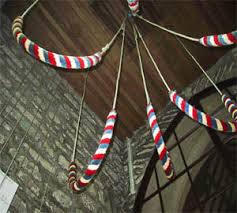 The 5th bell was the first ever cast by Purdue and the 3rd bell was a replacement for, or a recasting of, a bell of 1717 by Edward Lott. Only two other bells by Loft are known.

There is a tradition that when Stavordale Priory was being dismantled, a dispute arose between Pen and Stoke Trister as to which village should have the bell. It was finally agreed to load it onto a cart and to allow the horses to take the bell to whichever village they chose. According to legend Pen was the lucky recipient. Others think that the Stavordale bell would have been too small to be any use in a peal.

The inscriptions are as follows;

Inside the church, the pew ends are of great interest. They were carved by the late Mrs Clemency Angell in 1927. They show Medieval figures engaged in their daily work on the land. Mrs Angell signed many of the bench ends with a carved honey bee. John Butt, a carpenter living at what is now called Holly Cottage in Coombe Street, made the pews themselves of local wood.

A list of the incumbents, beginning with Hugh de Burton 1325, may be found on the South Wall on the left of the window. The window contains the only glass remaining from the rebuilding. There are five roundels of the 15th century and they feature: in the centre, the Sun in splendour, on the left, the Blessed Virgin Mary and a crown, and on the right, the letter T inverted and a crown. It is sad that so much medieval glass was destroyed in 19th century renovations, but who can blame Pen when Salisbury Cathedral was suffering similarly.

The Norman font has a square bowl with fluted sides and behind the font stands a figurine of St Michael carved iii lime-wood by Major .K.Archer of the parish. At one time there was a gallery across the West end of the Nave but this was removed in recent times.

In the apex of the roof are three carved and gilded oak bosses, each of a different design. These were taken from Stavordale Priory in 1874. Above the chancel is a board of the Royal Arms put up in 1820, presumably to mark the accession of George IV in that year. Two boards setting out the Commandments and the Creed were erected at the same time, at a total cost of £12-is-i l/2d.

The churchwardens accounts for 1814 show that an iron chest was bought for £6 and that lads' were paid 3d per dozen for dead sparrows; 4d was disbursed for a hedgehog and a polecat.

Before 1871 singing was led by a violin, a cello, a bass viol and flutes. In 1871 a Willis organ was installed. The present instrument, also a Willis, was acquired in 1960.

No ancient memorial stones survive inside the Church although the step at the West door appears to have been one. It is now almost indecipherable from age and wear. There are handsome marble mural plaques and brass plates in the Nave and Chancel dating from the last century. In 1867 a partly obliterated flagstone was removed from the Chancel step when the tiles were laid. The stone was to the memory of 'Catherine Tyte obiit 23 Maii Anno Domini 1684 Aetatis Suae 26'.

In 2006-2008 the roof of the whole church was completely replaced with the generous help of the National Lottery English Heritage grant scheme, several other charitable trusts and some very handsome legacies - but most of all through the hard work, enthusiasm and generosity of the people of the village.

The latest PCC accounts can be found here