Due to the high level of interest, the Exhibition covering 60 years of the Pen Selwood Fete and Flower & Produce Show first displayed during the 2014 Show in St Michaels Church, will be available in the Village Hall from 29 August to 29…

Anyone got more information?

Climbing Mt Kilimanjaro to raise funds & awareness for Cardiac Risk in the Young because it's 10 years since we lost my brother Alex.

In January 2004 my sporty 17 year old brother Alex died suddenly and unexpectedly from suspected cardiac arrhythmia.  10 years on, my family would like to raise money and awareness for the…

The treasurer's report for the fete says: The results are again marvellous.  Once again the White Elephant has achieved the record as an individual stall and was the major contributor to the record result.

Expenses are also higher by £367, in part because of the costs of the beer tent (£267) (though these include stock of £100 of plastic glasses which will be used in future years) and in part due to increased insurance costs (£50) and tent hire (£60). 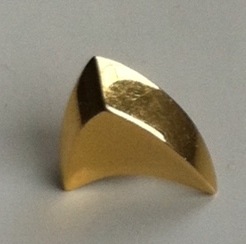 Sometime on Saturday at the fete I lost a gold earring. Here is a photo of its partner. It could be anywhere as I went everywhere except the car park.

It would be wonderful if was found.

Anyone interested in serving the community in this way and want to become a candidate for co-option should complete the attached application form for candidacy. Completed application forms should be returned to the clerk by: 1st September 2014.

Information on eligibility the role of the parish council and its schedule of meetings may be obtained from the clerk and/or the chairman.…

Record takings at Fete and Show

The preliminary estimate of takings for today is a magnificent £6,147; it is really good to have raised such an amazing amount for the Church, the Hall and the Field, A really big thank you to all those who worked so hard to achieve this and to all those who came and spent the money.…