Ringing for those killed in World War I

Ringing for those killed in World War I

On Wednesday 16th October at 11:00 am, we will ring the bells, half muffled, in memory of Gunner Fred Meatyard.

This is the 100th anniversary of his…

You may have heard the bells being rung last Thursday at an unusual time just before the gardening club meeting.

Following the devastating fire at the Notre-Dame cathedral in Paris yesterday afternoon (15th April), the Archbishops of Canterbury & York and Prime…

The final accounts are now published on the fete page of this website.  They are not significantly different from this below. 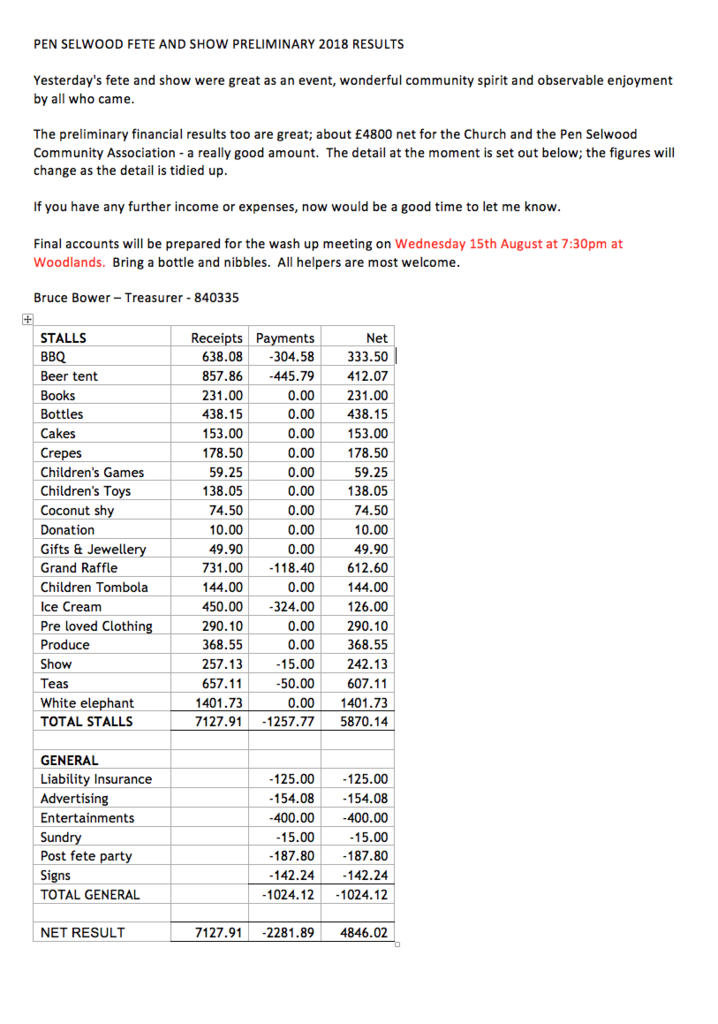 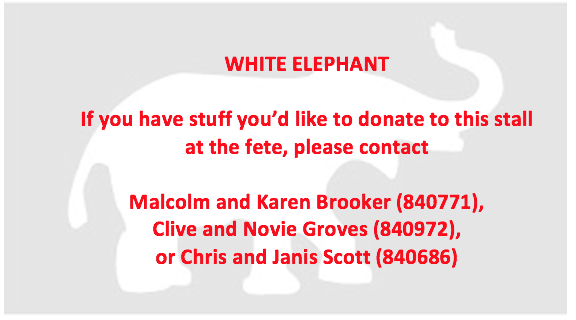 Our rhubarb forcing pots have walked from our vegetable garden.  If anybody saw this happening, please let us know.

They were doing their job and we need them for that and for sentimental reasons.

Ringing in memory of Oswald and Betty Jenkins

We were approached again by John Jenkins, a long term supporter of our ringing, who asked us to ring in memory of his parents, Oswald and Betty Jenkins.  We did so at our practice last night and below is a link to one of the pieces that we rang.

The Jenkins used to live in Chaffeymoor and worshipped in St Michael's.  John lives near San Francisco in California. 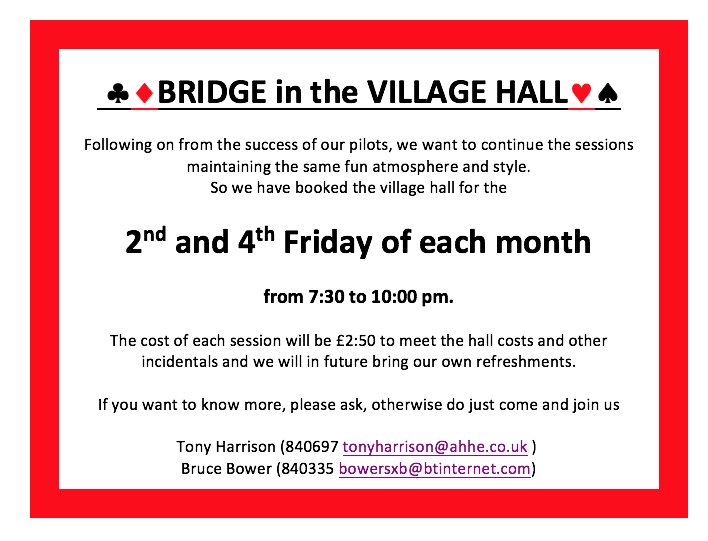 I am sorry to have to tell you that Dorothy Young (who used to live in Highfield in Coombe Street) has just died; she passed away very peacefully.  She is to be cremated at Yeovil Crematorium (Bunford Lane, Yeovil BA20 2EJ) on Thursday 28th September at 1:20pm.

The draft results from our marvellous fete and show on Saturday have been posted on the Fete page.

The results show that we have maintained the exceptional result from last year.  Overall, our community can feel proud of once more putting in the effort to run a fun event and raise such a considerable sum of money for the village.

On the basis of this draft, I propose a total distribution of £6,200 (in the agreed proportions) which leaves about the same funds as… 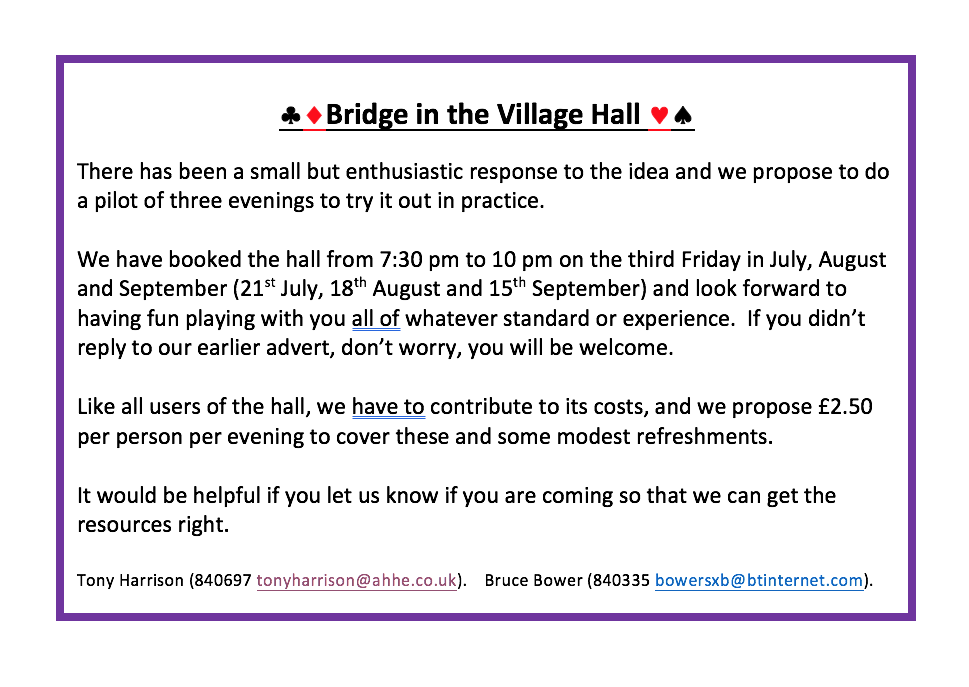 Would you be interested in bridge sessions in the village hall?

We have in mind next some friendly fours to enable us

to practice play without the hassle of invitations etc?

We could for instance meet once or twice a month

on a Friday evening

and play for a couple of hours or…

Pilates in the Village Hall

Great news, Carol Pirie (pilates@pirieuk.com) is going to run term time mat classes in our hall starting Friday afternoons in June.  If you contacted me following my adverts last Pen Paper, you should have received an e mail direct from her.  If something has gone wrong with my admin or you would like to know more, then please contact me or better Carol directly.
Bruce Bower (840335, …
Continue

Pilates class in the Village Hall?

I am trying to gauge interest in the village and, if it is sufficient, getting one of the Scott Studio network (pilates training centre) to run a weekly class.  …

The record results and accounts for the fete and show are published on the fete page of this web site.

These will be considered at the meeting on Wednesday 24th August at 7:30 at Woodlands.

(part of the Selwood Sports and Social Club)

Congratulations to everyone who helped our record breaking fete and show this year.  Income (and expenditure!) and surplus are higher than ever before and the White Elephant too passed its previous record.  And as well our fete and show remain a most enjoyable community based event.

The mobile library will in future come stop outside the village hall from 10:15 to 10:30 every four weeks, just before the Black Bin Cafe.  The first time at the new place will be onAugust 12th. Do come and try the service out.

Firstly a big thank you to all the villagers who have passed on commiserations at the loss(stolen) of my favourite wheelbarrow.

You will be pleased to know that I have overcome the sad loss, bounced back and placed more apples at the bottom of the drive. They are very tasty cookers.

You may be interested to know that a couple of years ago someone visited Woodlands to photograph the two apple trees, as he was writing a book on 'Apple Trees in Somerset'. He reckoned that our…

We have had a bumper crop of apples this year and for this reason I have placed a barrow load of cookers at the bottom of our drive for people to help themselves. Imagine my surprise when this morning I saw the apples lying in the road and no wheel barrow. It had been stolen overnight. Of course we never know who comes in and out of our village but how disappointing that a minor gift of generosity should be abused in such a way.

A link to the detailed accounts for this record breaking fete are set in the fete section of the clubs/committees part of this web site.

A RECORD BREAKING FETE AND SHOW