How Ian and Jenny Steadman got held hostage in Sorata, Bolivia in 2003 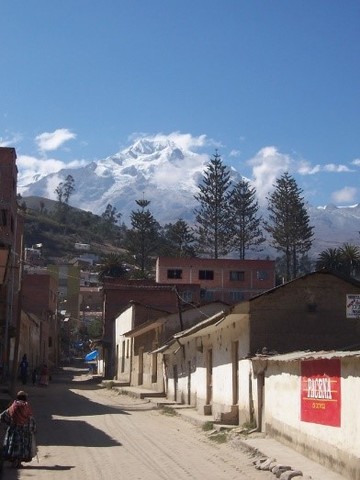 Five died in Bolivia during the operation to rescue 800 trapped tourists on 22-09-2003. The rescue of 800 tourists – including some 50 foreigners -  who got trapped by a roadblock by peasants in the northern Andean zone of Bolivia, came to a tragic close in the wee hours of September 22 with a death toll of five and nearly two dozen injured. Bolivia’s vice minister of the interior Jose Luis Harb said the mission “fulfilled its goal of rescuing the tourists who remained for a whole week in the town of Sorata, including a group of foreign citizens, plus lots of children and elderly people.”