Rachael Whaites, the South Somerset Ranger whose team of staff and volunteers make regular visits to Moldrams Ground Nature Reserve, are looking for volunteers from the parish to help maintain and enhance the reserve. They will be visiting the Black Bin cafe on 12th February, to coincide with their next working party. 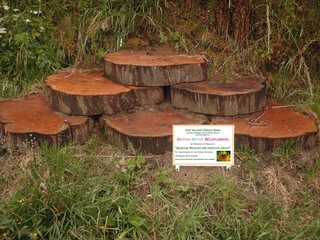 We have just had some great news with the sighting of a female Hazel Dormouse on the reserve. Check out the relevant page by following this link > https://penselwood.ning.com/group/moldrams-ground-nature-reserve-supporters/page/dormouse-page

The next Moldrams Team Day will be on November 25th. The plan is to carry out a bit of tree work and also clear vegetation out of the ponds. If anyone would like to join us please meet at the lower field gate at approximately 11 am.

Rachael, the SSDC ranger also asked me to pass on her sincere thanks to all the volunteers that helped to complete the bracken bash, which for the first time covered the entire reserve.…

On Wednesday 4th, our group of volunteers, with the expert assistance from Orin our new junior member, had a very enjoyable morning bracken bashing at the reserve. It was a beautiful morning and we started at the top entrance and worked our way down through the reserve. By the time we had finished, almost the whole reserve had been completed. Bracken can easily take over a site and breaking the main stem is a good way to reduce its strength so it is less prolific the following year. We are…

The latest report called "State of Nature" from 25 wildlife and conservation organisations makes very worrying reading. It shows very clearly that wildlife reserves, valuable as they are, are incapable of saving our wildlife, much of which is now under severe threat. Even one of our national wildlife icons, the Hedgehog is now under threat of extinction in the UK and it is likely that our grandchildren will never see one. Wouldn't it be good if every parish would pro-actively encourage…